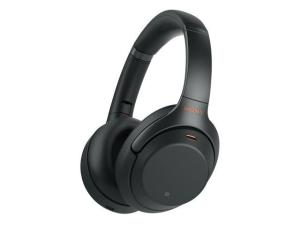 Amazon has the Sony Premium Noise Cancelling Wireless Headphones with Alex and Google Assistant, model no. WH-1000XM4, in black blue, or silver for $248 (regularly $348) with Free Shipping for a limited time. Best Buy also has it for the same price for a limited time.

Sony’s intelligent noise-cancelling headphones with premium sound elevate your listening experience with the ability to personalize and control everything you hear. Get up to 30 hours of battery life with quick charging capabilities, enjoy an enhanced Smart Listening feature set, and carry conversations hands-free with speak-to-chat.

Hulu is offering their subscribers 6 months of UberEats pass for FREE (regularly $9.99/month) for a limited time. This offer is only available for new Eats pass subscribers. Many readers have chimed in that this offer also works for for Hulu’s members on their free trial. Offer ends January 10, 2022.

Epic Games is offering a FREE $10 off coupon when sign up to Epic Games emails for a limited time. The coupon is eligible on games $14.99 or above in your local currency equivalent. To get this deal, fallow the direction to opt in to Epic Games emails. The $10 Epic Coupon will be added to your account inventory and will be applied automatically at checkout. Coupons expire on November,ber 15, 2021 at 11:59p PST.

Paramount is offering 1-month of their commercial-free Paramount+ streaming service for FREE (regularly $9.99/month) for a limited time. To get the discount, use the coupon code: QUEENPINS at checkout.

1Password is again offering new users 50% off 1Password Single User and 1Password Families for a limited time. This is meant for Verge readers but anyone can signup with a discount.

1Password is a quick and secure way to manage all the passwords in your life. It provides easy syncing between their cross-platform password manager. Apps are available for Mac, iOS, Windows, Android, Linux, and Chrome OS. You can store unlimited passwords with two-factor authentication, items, 1 GB document storage, and even masks your emails. It’s easy to share passwords, credit cards, secure notes, and more. The Single user accounts allows for one user across any amount of platforms. The Families plan offers access up to five users. Each users have their own secure vault and they can share what they choose. Parents can manage what family members can see and do and can recover accounts for locked-out family members. Travel Mode allows you to safely cross borders and all 1Password accounts come with friendly 24/7 email support.

It’s like an IKEA guide for building your next startup. Based on global research of 1,447 startups and highly recommended by more than 30 international experts. It’s not a book you read in a day, but like a manual you take with you and consult from time to time. Every startup founder should have it on the desk!

Kroger is offering a selection of $25 digital gift cards for $20 for a limited time. To get the discount, use the coupon code: GETFIVE at checkout. Choose from many realties like Apple, eBay, Chipotle, Airbnb, Uber, DoorDash and more. Excludes Kroger & Target gift cards. Limited to one per customer. Purchase earn fuel points, some cards like eBay earn a multiple (4x). Coupon expires October 17, 2021.

UPS is offering a UPS My Choice Premium 1-Year Membership for $10 ($39.99 value) for a limited time. To get the discount, use the coupon code: CVSMYCHOICE10 or MICHAELSMYCHOICE10 at checkout.

UPS My Choice Premium Membership allows you to easily manage your shipments. Easily reroute, reschedule, authorize a shipment release from anywhere, and UPS SurePost upgrades. No more missed deliveries! Also, get Free delivery alerts. Membership auto-renews after the 1-year, you can turn this off after you sign up.

Chase is offering most cardholders a FREE subscription to Instacart Express until April 2022 and $10 off a order of $35 or more for a limited time. To get this offer sign up here with your Chase card by Jan 31, 2022. Members with a paid Express subscription on or after September 31, 2021 are not eligible for this offer. Signing up also opts you in to auto renew at the end of April 2022 at $99 per year so remember to cancel before then or turn off auto renew after you sign up. You should be able to turn offer auto renewal by going to: Manage plan -> Turn off auto-renew when signed in. Limit one claim per card.

Instacart express provides no delivery fees on orders of $35 or more (normally $3.99 per order) and reduced service fees (normally 5%, around 1.9% for Instacart express). Note that prices on Instacart are normally higher than in store so don’t be shocked.

Staples is offering $100 Lowe’s eGift Card for $90 for a limited time. Limited to 3 per customer. 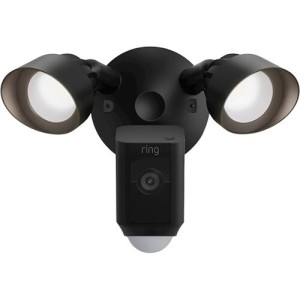 B&H Photo has the Ring Floodlight Cam Wired Plus 1080p Outdoor Wi-Fi Camera with Color Night Vision for $149 (regularly $179) with Free Shipping for a limited time.

Ring’s floodlight is weather-resistant and has a Cam Wired Plus that enables you to monitor your property at 1080p resolution with a wide 140° horizontal field of view. It features dual motion-activated LED floodlights, customizable motion detection, two-way audio with noise cancellation, and a 105 dB siren to deter intruders.

Woot has 1st Gen Gen Echo Buds Wireless earbuds with active noise reduction and Alexa for $39.99 for a limited time. Shipping adds $5 but is Free if you are an Amazon Prime member.

The 1st gen Echo Buds offers immersive sound and hands-free with Alexa. It features Bose’s Active Noise Reduction technology and up to 5 hours of music playback on a single charge and up to 20 with the including charing case. It has advanced microphones that give you hands-free access to Alexa—no tapping required. It comes with 3 sizes of ear tips to help form a comfortable in-ear seal and is sweat-resistant with a secure fit that’s made to move with you.

Starting today, October 12, 2021 till the end of the week, Pluralsight is offering new members access to all of their 7,000+ courses for FREE for a limited time.

Pluralsight offers courses authored by industry experts to help you develop new expertise across roles and an opportunity to create progress through technology and develop the skills of tomorrow. You won’t be able to finish the most course in a weekend, (they do have some shorter ones that some can finish over the weekend) but you can get a good idea if you like their offering.

Best Buy is offering a FREE $10 DooreDash Gift Card with the purchase of $100 DoorDash Gift Card for a limited time. Gift card are sent via email.

Back to top
cheapskat
Blog at WordPress.com.
Loading Comments...