Steam has their Valve Complete Pack for PC for $6.99 ($145.82 value) for a limited time. The pack requires a Steam account and includes 22 titles. 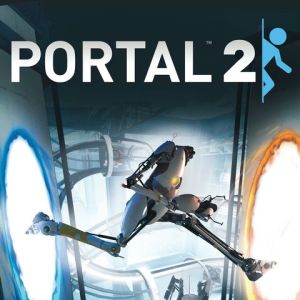 Portal 2 draws from the award-winning formula of innovative gameplay, story, and music that earned the original Portal over 70 industry accolades and created a cult following.

The single-player portion of Portal 2 introduces a cast of dynamic new characters, a host of fresh puzzle elements, and a much larger set of devious test chambers. Players will explore never-before-seen areas of the Aperture Science Labs and be reunited with GLaDOS, the occasionally murderous computer companion who guided them through the original game.

The game’s two-player cooperative mode features its own entirely separate campaign with a unique story, test chambers, and two new player characters. This new mode forces players to reconsider everything they thought they knew about portals. Success will require them to not just act cooperatively, but to think cooperatively.

The Steam Link allows existing Steam gamers to expand the range of their current gaming setup via their home network. Just connect your Steam PC or Steam Machine to your home network, plug into a TV, and stream your games to the Link at 1080p.

Amazon has Valve’s Steam Link and Steam Controller $34.99 each (regularly $49.99 each) for a limited time. Shipping is Free for Prime Members or pad your order to $49 or more and score Free Super Saver Shipping.

The Steam Link allows existing Steam gamers to expand the range of their current gaming setup via their home network. Just connect your Steam PC or Steam Machine to your home network, plug into a TV, and stream your games to the Link at 1080p.

The Steam Controller is an innovative input device that allows you to play games from all genres, including traditional gamepad-style games as well as games usually reserved for play with a mouse and keyboard. The Controllers are wireless and completely configurable.

Set in the zombie apocalypse, Left 4 Dead 2 (L4D2) is the highly anticipated sequel to the award-winning Left 4 Dead, the #1 co-op game of 2008. This co-operative action horror FPS takes you and your friends through the cities, swamps and cemeteries of the Deep South, from Savannah to New Orleans across five expansive campaigns.

Activision has a special offer for Steam users this weekend — anyone can install Call of Duty: Modern Warfare 3 and have access to the full range of multiplayer features for FREE.

The Free Weekend of Call of Duty: Modern Warfare 3 will let you play the entire multiplayer portion of the base game.

Valve is offering downloads of the Portal 2 soundtrack volume 1, 2, and 3 for FREE for a limited time.

Valve is offering Rusty Hearts for Windows as a download for FREE for a limited time.

Rusty Hearts is a multiplayer online game with fast-paced and highly-stylized brawling combat combined with a solo or team-based dungeon exploration experience. In this gothic inspired world of vampires, half-vampires, and humans, players will be able to unleash devastating combo attacks, engage in a wide variety of epic monster battles, collect valuable loot, and become a unique hero.

Valve is offering Portal for Windows or Mac as a download for FREE ($10 value) for a limited time. Deal expires September 20, 2011.

Portal is a new single player game from Valve. Set in the mysterious Aperture Science Laboratories, Portal has been called one of the most innovative new games on the horizon and will offer gamers hours of unique gameplay.

Valve has Team Fortress 2 for Windows or Mac on its Steam service for FREE for a limited time. There’s no catch! Play as much as you want, as long as you like! You will need to register for a Steam account in order to have access to the download. It’s FREE to signup for a Steam account.

Team Fortress 2 is one of the most popular online action games of all time. Valve delivers constant updates—new game modes, maps, equipment and, most importantly, hats. Nine distinct classes provide a broad range of tactical abilities and personalities, and lend themselves to a variety of player skills.

Valve is offering downloads of Alien Swarm for Windows for FREE through its Steam service for a limited time. You’ll have to register for a Steam account to access the download.

Alien Swarm is a game and Source SDK release from a group of talented designers at Valve who were hired from the Mod community. Available free of charge, the game thrusts players into an epic bug hunt featuring a unique blend of co-op play and squad-level tactics. With your friends, form a squad of four distinct IAF Marine classes.

Valve is offering Portal for Windows or Mac as a download for FREE for a limited time. Deal expires May 24, 2010.

Back to top
cheapskat
Create a free website or blog at WordPress.com.