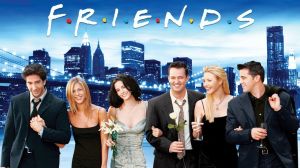 Apple has the Friends: The Complete Series in digital HD on iTunes for $59.99 (regularly $139.99) for a limited time. Friends is also available for streaming on Netflix until the end of 2019.

This iconic sitcom debuted in the mid-’90s and earned more than 60 Emmy nominations on its way to becoming a cultural cornerstore — with coworkers everywhere recapping episodes around watercoolers and real-life friends comparing their relationships to those portrayed by the quirky yet relatable characters. The success of the New York-based series attracted cameos by superstars ranging from Julia Roberts to Ralph Lauren. It includes all 236 original broadcast episodes.