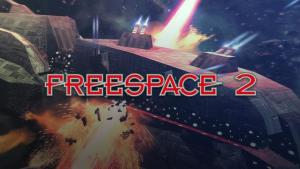 GOG is offering Freespace 2 for PC for FREE (regularly $9.99) for a limited time. You must have a GOG account to redeem this deal but it’s Free to join.

The game continues on the story from Descent: FreeSpace, once again thrusting the player into the role of a pilot fighting against the mysterious aliens, the Shivans. While defending the human race and its alien Vasudan allies, the player also gets involved in putting down a rebellion of those elements of Vasudan (Hammer of Light) and Human (Neo Terran Front) forces which don’t want to cooperate with one another. Freespace 2 includes the FRED2 editor.